The cost of conflict: a Hollywood tale

Conflict is often hailed as a creative force in human endeavour. Hollywood icon Bette Davis famously claimed she could predict the success of her films by the degree of on-set strife; the more conflict, the better they would turn out. 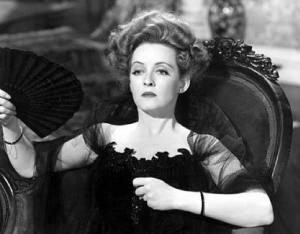 By that rule of thumb she should have known pretty quickly during shooting of her 1941 movie The Little Foxes (which I saw recently in the BFI’s ‘Playing the Bitch’ season where the programme notes got my mediator’s antennae twitching) that it was destined to do well. From day one there were clashes between herself and Director William Wyler which soon descended into spectacular screaming matches. Sure enough, the film went on to receive no less than nine Oscar nominations in 1942, including one each for Davis and Wyler.

It’s tempting to buy into this as an example of conflict as positive creative force. But a look at what happened in the making of that film says more about the high cost of unmanaged conflict, even where there is, by one measure at least, a successful outcome. It also reveals some ingredients found in all kinds of disputes regardless of context. 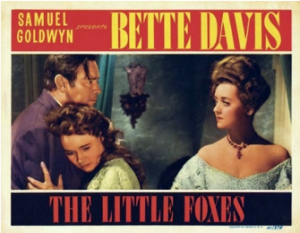 There was apparently all manner of creative differences between Davis and Wyler during the making of The Little Foxes, including over set choices (his) and make-up ideas (hers). Their vicious arguments, peppered with mutual insults, disrupted production and reportedly brought a young actor in her first film to tears.

The most serious disagreement however concerned the way Bette chose to portray her character. Wyler felt the character – a scheming and exploitative Southern aristocrat – needed more nuance and charm than Davis was giving her. She thought he should respect her own interpretation emphasising the woman’s heartless greed.

Wyler’s demands for multiple retakes resulted in an ever more brittle performance. Eventually his patience snapped. He gave voice to his frustration, and this time it was Davis (no shrinking violet) who fled in tears. “I was a nervous wreck,” she recalled. “I just didn’t want to continue.” On doctor’s orders she didn’t return to the set for three weeks during which time the producer came close to replacing her and re-shooting her scenes.

When filming was finally completed, Davis described herself as ‘heartbroken’ that she felt such a strong sense of relief. Heartbroken because of her high regard for William Wyler as a director and, presumably, as a former lover – she later said he had been the “love of her life”. They had worked together before on another hugely successful movie, Jezebel in 1938, but they never did again. 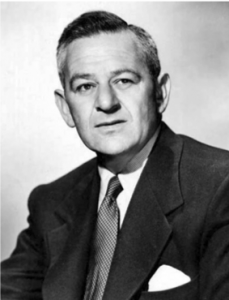 So, there you have it; a stormy working relationship with a trail of damage in its wake. Project costs inflated by disruption (despite its popularity, the film made a loss). Colleagues upset and inconvenienced. A key player suffering mental ill health. Long-term damage to personal relationships and the potential for further achievement squandered.

In supporting people to resolve their differences before damage is done, or to salvage things afterwards, mediators will help them to see what they have in common. There would have been plenty to work with in this case. They were both notorious perfectionists, they had established reputations as artists and they had mutual admiration (Wyler thought that Davis was the only woman in Hollywood for that role, and she said she had learned much from him previously). But most of all – presumably – they both wanted to produce a great movie.

Clearly, they had different ideas about how to achieve that goal. Which brings me briefly to a couple of features we often help clients deal with in mediation: two different interpretations of the same experience, and misunderstood intentions.

In preparation for The Little Foxes, both Wyler and Davis had seen Tallulah Bankhead’s acclaimed stage performance in the lead role. Whilst Wyler felt that Bankhead had made the character more sympathetic than it was written, Davis insisted otherwise – that she had played her exactly as scripted – a manipulative villain – and that this was the only way to play it. Work that one out!

Although accounts vary, once shooting started it seems that Davis believed Wyler was pushing her to imitate Tallulah Bankhead. Wyler insisted he wasn’t, he just wanted Bette to avoid another outright villainous portrayal for which she had already made her name.

It’s possible that underlying this battle was the need for each to be assured of the other’s respect for them as an artist, and to have that validated by public display. In that light, it is no surprise that the tipping point came when, frustrated by Bette’s unwillingness to bend to his direction, Wyler lost his temper on the set and unfavourably compared her performance to Bankhead’s in front of entire cast and crew (ouch!), apparently confirming her assumptions about his intent.

We can but guess at how director and leading lady patched things up sufficiently to finish the shoot, but surely this film’s successes were achieved despite their conflict not because of it.

To find out how we can help you transform a conflict into a collaboration get in touch.

Summer 2022: You can continue to access our services through the pandemic; we are mediating either online or in a Covid-safe way in-person. Please get in touch to find out more. 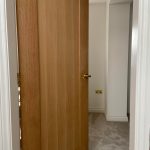